Virtual reality (VR) is a completely immersive experience that uses a headset to transport the viewer to a different environment and to experience content firsthand. We use it to tell engaging stories, create memories, or teach new things to maximize knowledge retention.

What is virtual reality?

Virtual reality is exactly what it sounds like — a reality that is not physical but rather is simulated. This reality is made using code, but today’s VR experiences can be so sophisticated that many are able to mimic the real world almost perfectly.

VR uses what are known as wearables — headsets or goggles, also known as head-mounted displays — to transport the viewer. These are sometimes paired with hand controllers to allow for more interaction within the virtual world. Even without hand controllers, most VR experiences have built-in interactivity thanks to positional tracking, which can, for example, allow the user to select options or examine parts of the environment using their gaze.

Virtual reality is different from augmented reality in that it consists of an environment that is entirely separate from the physical world; when the user dons the headset, the real world is essentially blocked out. Augmented reality, on the other hand, uses a camera to provide a version of the real world that is augmented with additional layers of content.

Of course, the lines between the two can blur within the scope of one project. The term “mixed reality” is often used to describe experiences that incorporate both virtual reality and augmentation.

How does virtual reality work?

VR seems realistic thanks to stereoscopic display. Basically, the viewer is seeing two slightly different versions of an image, one with the left eye and another with the right. This creates the illusion of depth and the feeling of reality — in other words, immersion.

Audio can also help make VR feel more immersive. Some headsets have speakers built in, while others can be paired with headphones. Either way, it’s the thoughtful design of the audio that matters. For example, we always make sure our VR experiences use proximity-based audio, meaning the closer the user gets to the source of a sound within the experience, the louder that sound gets.

Combine audio and visual immersion with interactivity through controllers or gaze tracking (or both), and you’ve got a convincing VR experience. 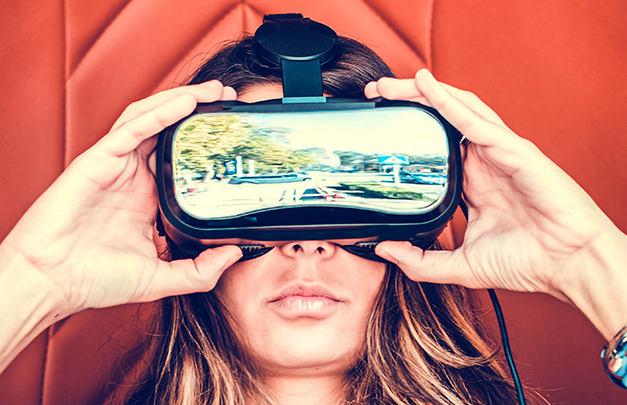 Augmented or Virtual: How Do You Like Your Reality? 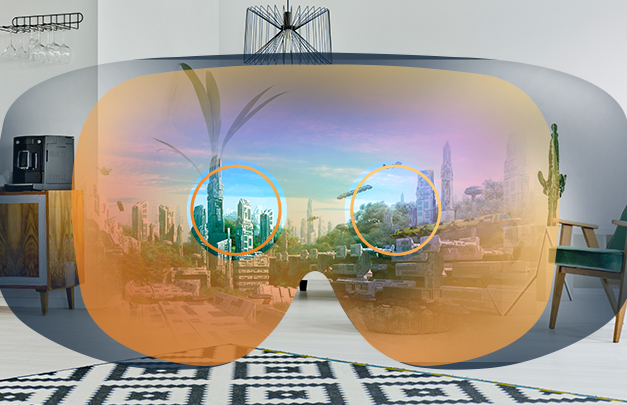 How is virtual reality being used across industries?

The biggest industry for VR is gaming, but its use cases extend far beyond entertainment and other industries have finally begun to adopt the technology in recent years.

One of the most interesting applications of VR has been in the training space. Because it’s designed to simulate experiences, it’s perfect for introducing people to situations that they might encounter in real life — and thus need to be prepared for — but that are difficult or even unethical to create in the training classroom. For example, Walmart’s been using virtual reality to help its customer service associates practice for major events like Black Friday. The US Army is using virtual reality to train combat soldiers. And UPS has been using virtual reality as part of its driver safety training. And schools are catching on to the educational benefits of VR, too — Google Expeditions is just one well-known example of an app that allows classroom teachers to take their students on virtual field trips to educational sites around the world.

Virtual reality is also a useful technology for introducing people to a physical space. We’ve helped realtors use VR to conduct house tours from afar, and we’ve also seen VR used by real estate developers to help clients envision buildings that don’t yet exist. Similarly, we’ve helped companies integrate VR into their recruiting. A virtual walk-through of a company’s headquarters, complete with a message from the CEO and testimonials from future coworkers about what makes the company great, can be the dealmaker that entices a great candidate to jump on board.

What are the marketing applications of virtual reality?

Several large consumer brands have jumped on the VR bandwagon, using the technology to make their offerings more experiential. The New York Times has used its NYT VR app to bring its journalism to life. TOMS created a virtual giving trip in both VR and 360-degree video so that people could experience what happens when they buy a pair of TOMS shoes. And here at Trekk, we’re using VR to bring our B2C and B2B clients’ stories to wider audiences every day.

One great example is the VR campaign we created for the Association of Equipment Manufacturers. AEM puts on a truly enormous event called CONEXPO/CON-AGG every three years. The event’s 2.5 million square feet of conference and exhibit space — all of it filled with massive machinery — is hard to convey through a direct mail piece or even through digital ads. To overcome this challenge, we sent the organization’s top prospects VR headsets so they could experience the conference for themselves. Learn more about this project and its results.

And marketing isn’t just good for bringing people to events; it’s also great for driving traffic once they’re there. We love using VR to create compelling in-booth experiences at conferences and trade shows. Whether they want to help people experience a product or place that can’t be physically demonstrated at the event or they simply want to add wow factor, VR is a way we’ve helped several clients stand out from the crowd. 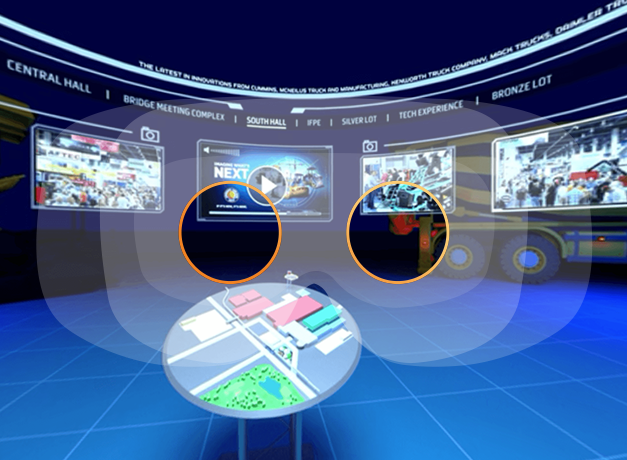 Bringing Events to Life with VR 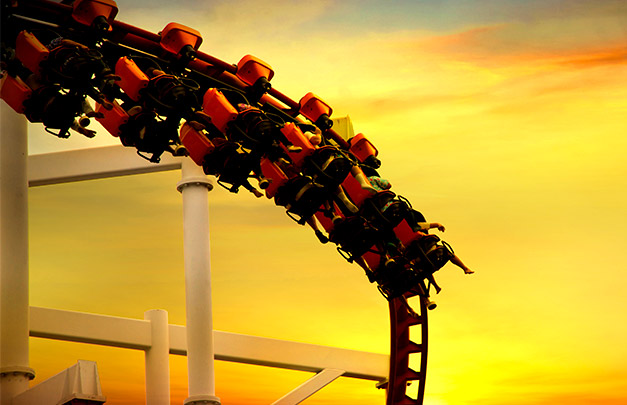 The rise of mobile VR.

Even just a few years ago, most of the VR headsets available in the market were prohibitively expensive. With improved mobile device technology, however, we’ve seen the rise of mobile VR and less expensive headsets that leverage the user’s phone (rather than being hooked up with wires to a desktop computer). Google Cardboard was one of the first headsets manufactured with the express intent of bringing virtual reality to the masses, and it’s still a great option for those who want to simply download VR apps to their phones.

Mobile VR lacks some of the intense immersion of full headset experiences, but even this is changing as manufacturers compete to bring improved wearables to market. This is good news for everyone, especially marketers — the more people are familiar with VR, the more we can use it to reach new audiences and push creative boundaries in our campaigns.

Which is the best VR headset?

There is no one right answer here, because it depends on your goals. If you want to reach a large audience cost-effectively, a lightweight viewer might be best. If your priority is to maximize the immersion and interactivity in your experience, a more robust headset with built-in sensors and tracking capabilities might be the choice for you. We work with our clients to understand their objectives, their budgets, and their priorities and make tailored wearable recommendations to optimize for all three.

Interested in bringing virtual reality to your audience? Get in touch.